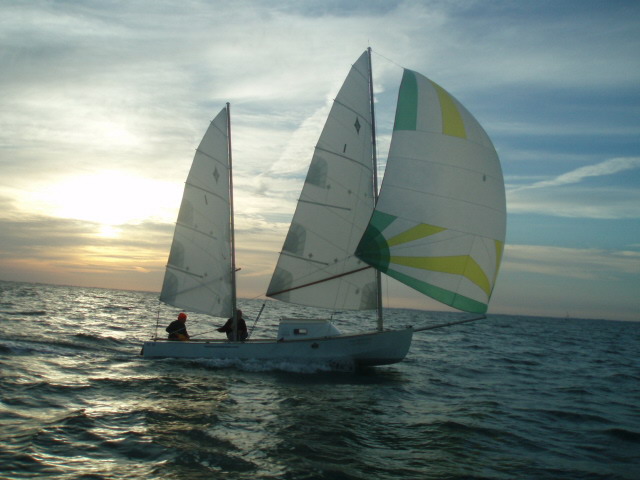 The EC22 was designed specifically to excel in the grueling Everglades Challenge. The race requires boats to be launched off of the beach by the crew, able to unrig quickly to pass under fixed low bridges, able to row reasonably well, able to sail in 6″ of water if necessary and be seaworthy enough to take whatever the Gulf of Mexico can dish out.

In 2007 Graham (Aka Roo) and Randy (Aka Tinker) set a new Class 4 record time of 2 days 8 hours and 56min in the event. This was a full 10 hours faster than the previous record time which was also held by Graham in his Core Sound 17 from the year before. His record would stand for 6 years until Alan and Paul Stewart finally posted a new record in their Core Sound 20 in 2013.

This is a high performance boat which is built over a jig rather than use developed panels as in the Core Sound series. The plans come with full size patterns for stations, bulkheads. centerboard and trunk, rudder and gudgeons etc.