Buy the plans or see our kit options (coming soon)

Check out the....   Video Gallery or Construction Gallery or see some Finished Boats 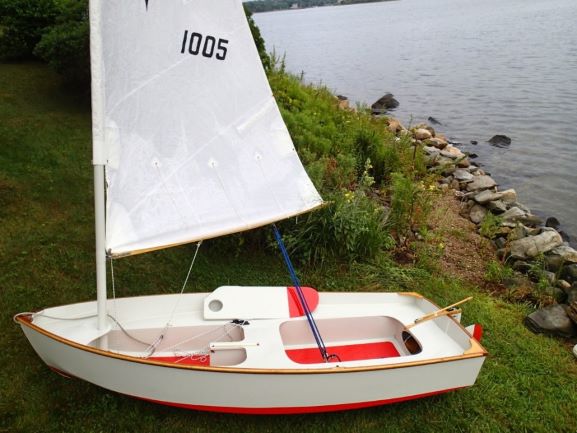 Perfect as a rugged and capable yacht tender; the Spindrift is a simple to build lightweight Cat rigged dinghy offered in four sizes. 9,10,11, and 12 feet. A fully developed bow section combined with our “butterfly” construction technique allows a beginning builder to achieve a refined hull shape from modest flat panels. All but the 12' version are also offered in a “nested” variant that allows the bow section to stow in the stern section. The construction of the Spindrift hull is fast and simple. The bottom and side panels are joined at the stem and matched so they are exactly the same. Then the keel is wired together which allows the hull to “unfold” like a butterfly. Once open the bulkheads are installed and chine is wired. The hull takes shape all in one step with no complicated jig required. The video below is an excellent demonstration of a S10 dinghy being unfolded. This method of construction is exactly the same for our larger boats such as the Core Sound 20 Mark 3.

Building a Spindrift will give you confidence to think about taking on a larger project in the future!

Full-length cockpit seat tanks in the standard configuration provide excellent buoyancy and minimal bailing after a capsize as well as storage options for longer excursions.

A freestanding multi-piece mast constructed of aluminum tubing provides a lightweight and strong spar. A fully zippered sleeve luff sail combined with an open reef section allows for single line reefing on the water in seconds for sailing in rough conditions. 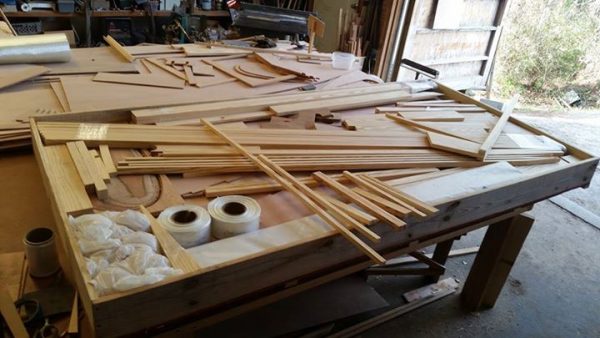 All of our kits are CNC cut and made to order and we use only BS-1088 Okume Marine plywood. We can box your kit up and send it direct to your door or you can come visit the shop, pick up the kit and any other supplies you might need such as mast material, epoxy, fiberglass supplies, and even your hardware and sail. Call for a shipping quote to your location.

Our basic Spindrift kits include only the plywood cut parts. We prefer our builders to locally source the small amount of solid wood that is needed including gunwales,  keels and stringers because they are a challenge to ship without the added complication of scarfing these parts back together. If you don’t have a tablesaw (or a friend) to rip the solid wood then what a great opportunity to add to your tool collection. Alternatively, many local lumber yards will be more than happy to rip and dress wood to required dimensions for a reasonable fee. 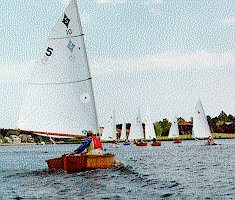 The first Spindrift design was the 10′ model. It was intended as a sailing tender for a larger yacht. Not long after the first few were built, we were invited to take part in a race for yacht tenders with a maximum length of 10′. There were dinghies of every description: Trinkas, Connies, Dyers all were represented, as well as some less well known brands and a few custom boats. In a six-day series, with three races per day, the Spindrift dominated the event – winning 18 races. She went on as undefeated in 84 consecutive races over several series during the following year. At this point several of the competitors got together with a local builder and designed and built a “Spindrift Slayer”. That expensive custom job – which could do nothing but race, was humiliated in race after race. Sadly for our competitors, but happily for all involved, there was a massive sale of dinghies in that club, and a mad rush of Spindrift building. Today, that fleet is well established and ever growing. Many more classes of Spindrifts have sprung up around the country. Spindrifts have had overwhelming success everywhere they have raced: She even won the WoodenBoat race in raging conditions, winning not only on corrected time, but over all against much larger boats, many of which were racing classes. Surprisingly, she also excels in drifting conditions and has won many a piece of silver for her “ghostly” ways in a gentle puff.

Many of our Spindrift families race their boats, then turn around and use them for cruising and voyaging as hard working tenders under oar and motor. They have won several regattas under both sail and oar which were open only to working tenders.

As a matter of fact, we have an open challenge to any other non-custom10′ dinghy: A dinghy triathlon: sail, row, motor. The challenge is open to any commercially or home-built dinghy built from commercially available stock plans.

Spindrifts are a very good investment if you have a jr. sailor in your family. Unlike many dinghies used for trainers (such as the Optimist) you do not “outgrow” a Spindrift. While the boat is very suitable for children and inexperienced adults, in the hands of a good competitive sailor, the boat offers the challenge of top end racing.

If you need more carrying capacity in less length, take a look at our Catspaw pram series 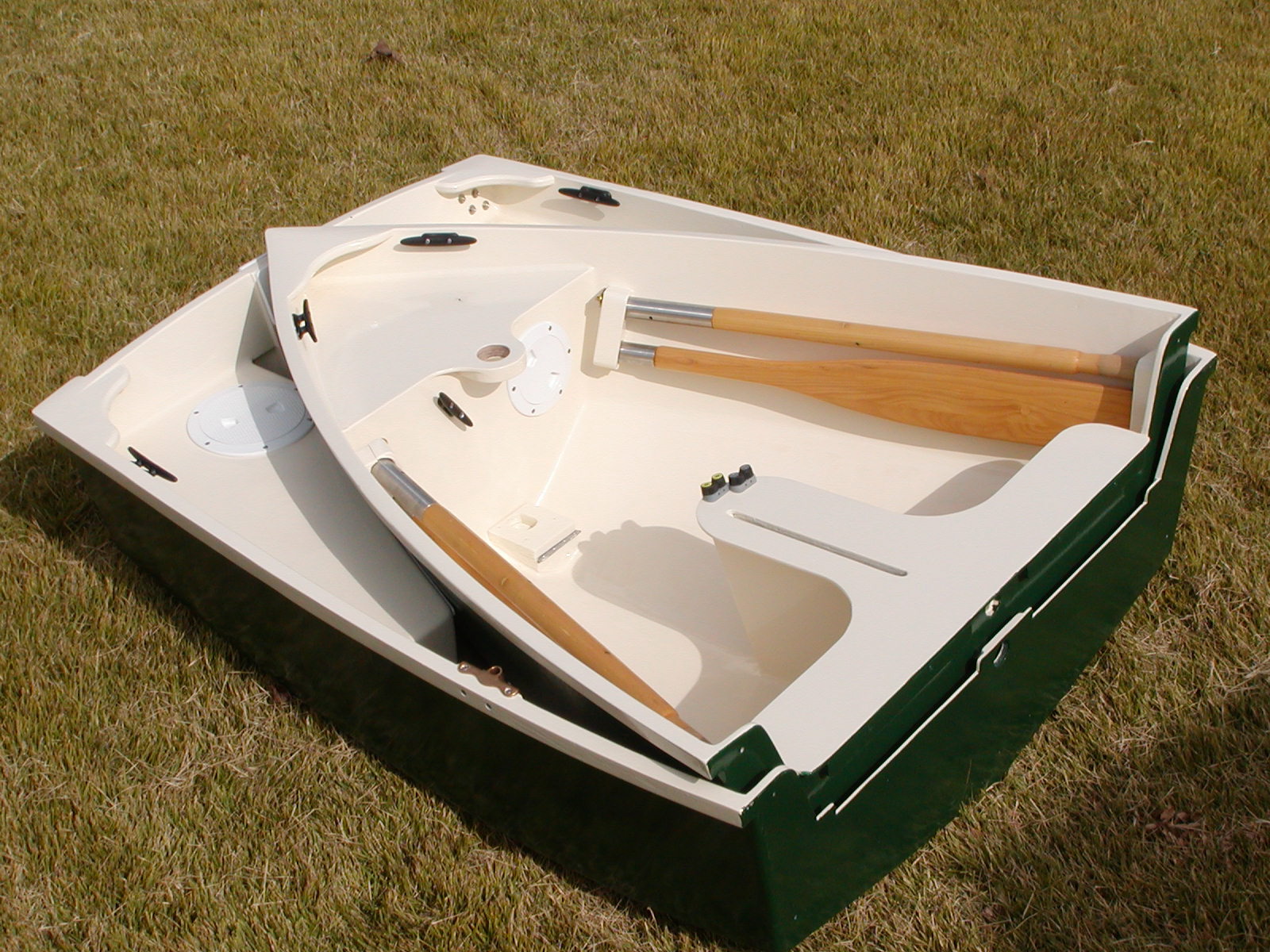 Note how the aft flotation seats are shaped to fit around the bow in the nested position. This picture shows a 10′ model, but the 9, 10, and 11 are set up the same way.

We generally encourage our builders to think seriously about what their needs are before committing to the nesting version. Some flotation is lost in the nested configuration and will require more bailing after a capsize. Generally the completed hull is slightly heavier and more setup time is required to join the halves. In addition, a suction bailer can be installed in a standard hull to empty the boat while sailing but the nested variant typically will not have a bailer because there are essentially 2 separate hulls.

Note: Our nesting dinghies are built as a whole boat and are then cut in half between the installed bulkheads, avoiding any bumps or unfairness at the join. Nesting models allow you to carry a larger crew when you have limited deck space.

The hardware and rigging is basically the same on all spindrift models (9,10,11, and 12) with the exception of the S-12 which has an added mainsheet purchase.

There is a different set of hardware for the non-reefing sail because it does not have a halyard. Make sure you know which sail you have. Nesting models have a modified mainsheet due to the central bulkhead. 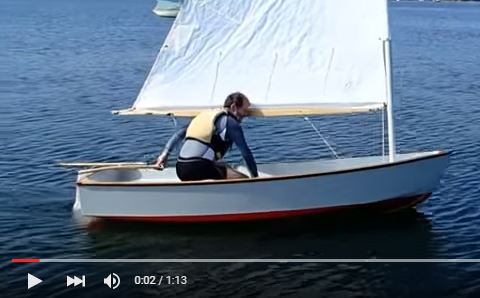 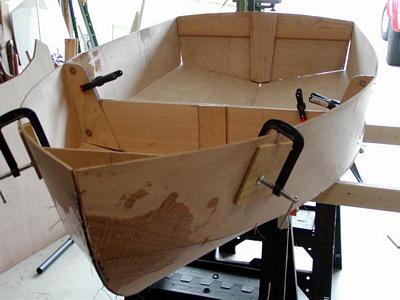 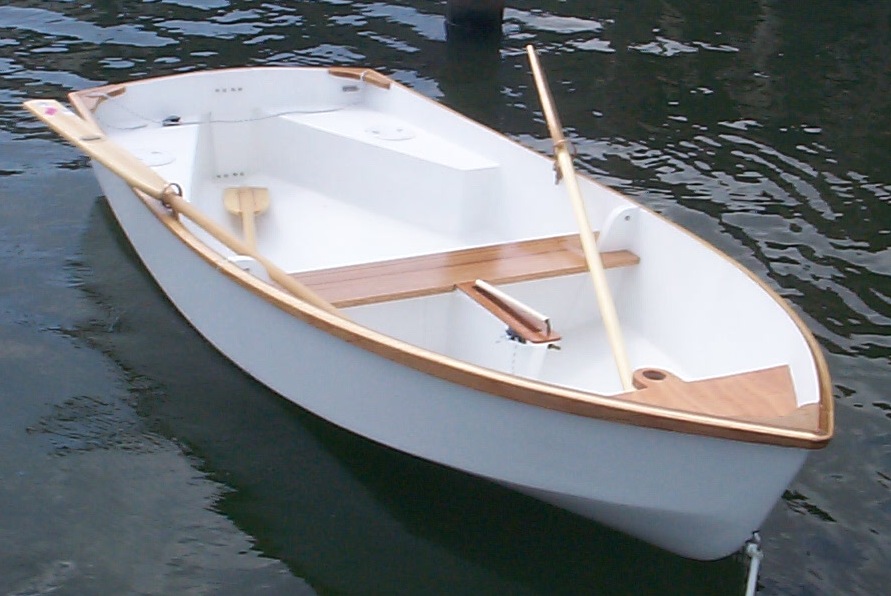