The EC this year brought four "B&B boats" out of the woodwork but tragically not all made it back to safe harbor. It was truly a worst case scenario for our community. We can hopefully all learn something from the events of this year. The thought of not making it back home is something that we all know can happen, but you don't think too much about it because that is life. For the B&B crew it is especially hard hitting because it involved one of our own and on a vessel that we have spent a lot of time working to make safe. 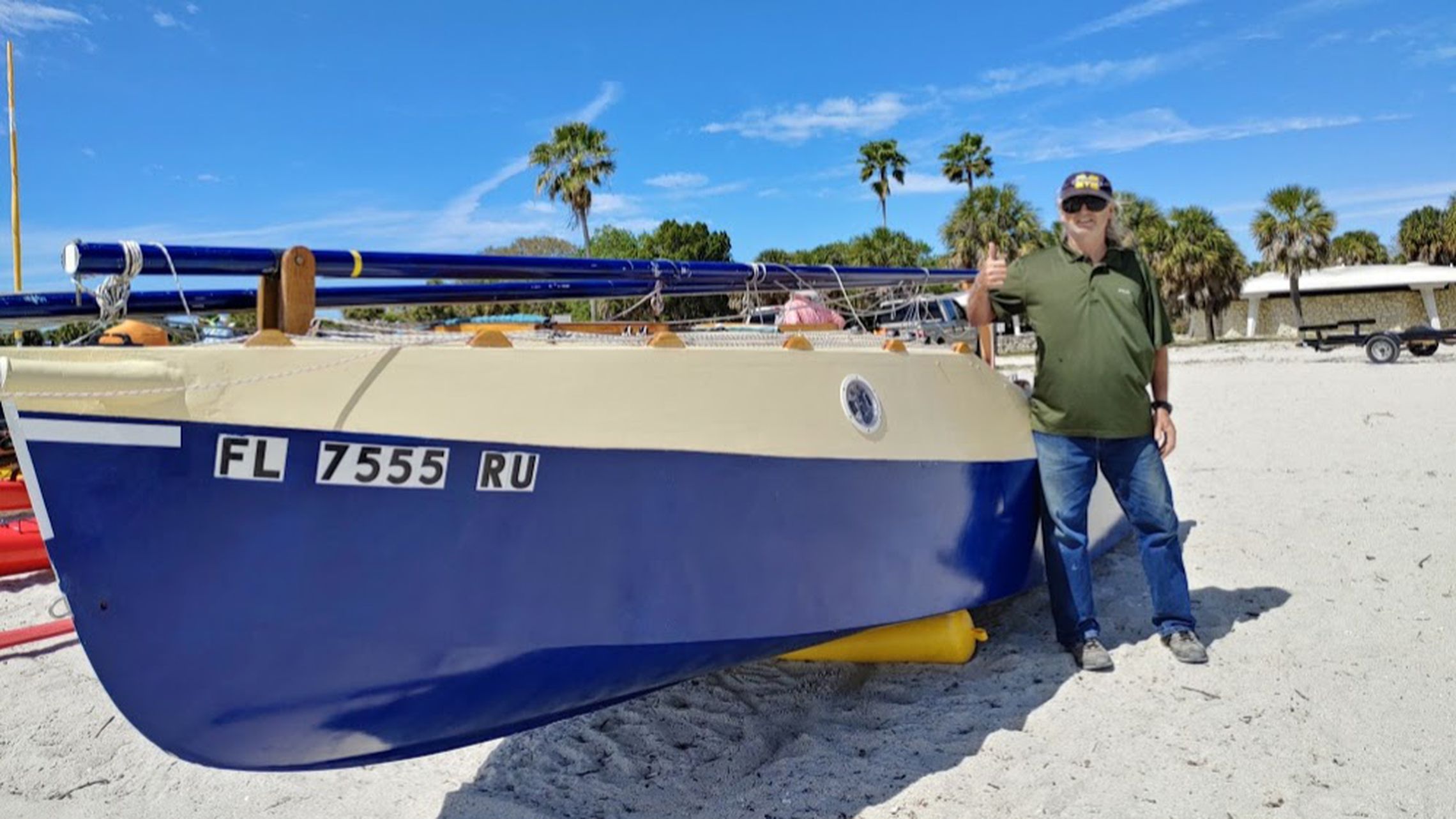 Jim Slauson AKA Sailorman as he was known in the water-tribe was sailing solo in his Core Sound 17 Mark 3 which he purchased used a few years ago. He did not build the boat but worked steadily to improve it, adding things here and there and refinishing the decks. He had participated in the EC in 2019 but stopped at Checkpoint 1 due to a rudder failure (lower gudgeon not through bolted and pulled out). He was therefore not well known within the tribe as most of the socializing and getting to know fellow tribers doesn't really happen until the finish of the event in Key Largo. He had worked hard on the boat to get it ready for 2020.

A brief synopsis: Jim had a fairly typical run down the coast stopping just before checkpoint 1, he hove to for the night (according to his spot tracker) before picking back up the following morning. By the second evening he had made it to Sanibel Island and again around midnight he appeared to heave to in order to sleep. At this point he was fairly well offshore but this is not atypical for class-4 boats although conditions this year were rough and we can presume it was a lumpy ride out there. He was regularly pressing his OK button throughout the night approximately every 3 hours. This intentional act alleviated fears that he was in any peril at this point despite his location which was not on the normal route.

He continued to drift downwind and the last spot-OK message received was at about 7:30am Monday. Having not engaged his tracking or initiated any further messages, a helicopter was dispatched to his last know location around noon where they found his boat floating upright. A swimmer was unable to locate him in or near the boat. His PFD was also not found. During the initial search the down wash from the helicopter caused his boat to capsize. Despite a multi day extensive search of the area, Jim was not found. We can only presume that he fell overboard accidentally or during a medical emergency that morning.

You can read a fairly comprehensive report here. The video below is a tribute we made to Jim. The events of this year have given those in our close nit community pause and a reason to think hard about why we do the things we do, how can improve in our own lives and a chance to think about what we have to be thankful for.

In lieu of the standard trip report for Alan and Paul's race this year we have created this video report. This year Alan and Paul sailed on the EC-22 Southern Skimmer. Graham's purpose built EC racing boat.

We chose not to include the details of the tragic events of this year in the report below. We continue to grieve for the loss of Jim and his family.